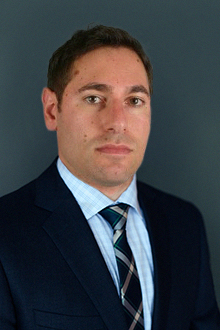 Attorney Chaim J. Woolf is a partner in the highly respected Westwood law firm of Woolf & Nachimson, LLP. At the firm, Mr. Woolf represents the interest of the residents of and businesses in Greater Los Angeles, the nearby San Fernando Valley and the surrounding areas in Southern California. He helps them with matters involving trademark litigation, professional liability and general civil litigation, and a large part of his practice focuses on issues relating to employment and labor law, including:
• Wrongful termination
• Wage-and-hour claims
• Discrimination

Mr. Woolf earned a Bachelor of Arts from Yeshiva University in 2000, and he soon decided to further his education by attending law school. In 2004, he earned his law degree from the University of Minnesota Law School. He began his legal career early the next year after The State Bar of California granted him admission.
Prior to the establishment of Woolf & Nachimson, LLP, Mr. Woolf dedicated his efforts to those living and working in Southern California. He began his career as an associate attorney at an employment litigation firm. After three years, he took a position at a larger firm, where he expanded his knowledge to include professional and general liability. In 2011, he founded a solo practice, which has since grown into a series of partnerships, culminating with his partnership with Benjamin Nachimson.
Thanks to his determination, professionalism and extensive legal knowledge, he has earned the respect of not only his peers but also his clients. As evidence of his excellent reputation, he has received a “Very Good” rating from Avvo and recognition as one of Southern California’s most promising young attorneys.